Since making her singing debut, Seiko Matsuda has received more than 40 music awards and holds the remarkable record of releasing 24 consecutive No. 1 singles. From early on in her career, she has been active overseas, even appearing high on the U.S.A. BILLBOARD dance charts. Her talent is widely recognized in Asian countries as well. Her album in Mandarin "I'll Fall in Love" was released in Taiwan in 2005 and debuted at No. 1 on the Taiwanese charts. In 2007, she was invited to attend the 9th Asian Art Festival in China. She continues to enjoy remarkable success both in Japan and overseas.

In Japan, she produced the albums "Baby's Breath" in 2007 and "My Pure Melody" in 2008. She wrote the lyrics and music to all the songs, displaying her talent not only as a singer but also as a songwriter and producer.

In 2011, at the invitation of her close friend and American music producer Quincy Jones, she performed in his concert at the Hollywood Bowl in Los Angeles. She also performed as a guest vocalist on the album "Esprit De Four" by the contemporary Jazz super-group Fourplay, released worldwide on September 18, 2012.

On July 7, 2013, she gave her 100th performance at Nippon Budokan, setting the record for the most number of performances by a female artist, and she continues to break that record with each new performance.

Upon celebrating the 35th anniversary of her debut in 2015, she won the Best Vocal Performance Award at the Japan Record Awards. Furthermore, she appeared as the last performer on NHK's "Kohaku Uta Gassen" for two consecutive years in 2014 and 2015.

In March 2017, her first jazz album “SEIKO JAZZ” was released and dominated a number of jazz charts in Japan by rising to No. 1. The album was released in the United States by the prestigious American jazz label Verve Records in May 2017, making her the first Japanese singer to release an album from that label in the United States. In addition, the album accomplished the extraordinary feat of reaching no. 2 in the Jazz Bestsellers category and no. 4 in the Top Bestsellers category on HDtracks, one of the largest high-resolution digital music stores in the United States. In Japan, the album received the Planning Award at the 59th Japan Record Awards and the Jazz Album of the Year at the 32nd Japan Gold Disc Awards.

Apart from her successful singing career, Seiko Matsuda has starred in numerous motion pictures and TV dramas. In October 2004, she starred in Nippon Television Network's special TV drama "Tatta hitotsu no takaramono (The One and Only)," which earned a record-breaking rating and won the Asian Television Award, also known as the " Asian Emmy Award," for Best Single Drama or Telemovie Programme in December 2005. In 2007, she received the Spotlight Award at the internationally acclaimed Short Shorts Film Festival & Asia 2007. Moreover, in the live-action motion picture "Hotaru no Haka" ("Grave of the Fireflies"), released in 2008, she gave a warm and compassionate performance as a mother of two children, and won the Jury's Special Award at the 18th Japan Movie Critics Award. In 2010, she made a guest appearance on one of Fox Broadcasting Company’s popular TV dramas “Bones.” In 2012, she was given the rare opportunity to appear as two separate characters on "Taira no Kiyomori," a year-long Japanese period drama by Japan's national broadcasting station NHK.

She acted in a Singapore-Japan-France production “Ramen Teh,” the latest work by the world-renowned Singaporean filmmaker Eric Khoo. The film, which is scheduled to be released in Japan in the winter of 2018 or later, has been officially selected for the Culinary Cinema at the 68th Berlin International Film Festival. 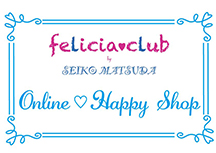